Was able to go back to the Indians and Knights game today (Sunday).  On Friday, I was more focused on position players.  Today, I was able to get there while the pitchers were still warming up.

The players that I had the most of were Tyler Danish and Richard Dotson so they were my biggest focuses.

Danish was one of my first as he signed 3 cards.  Picked up Blake Smith and Brad Goldberg as well.  Got Kevan Smith before they went in.  He says he is getting healthier.  Was a bummer that he gets called to the show and gets injured before his first game.

Right before the game, had someone help get two more for Danish, Dotson signed three more (signed 3 on Friday) and got Jake Peter.  Most of the others who signed I was able to get on Friday. 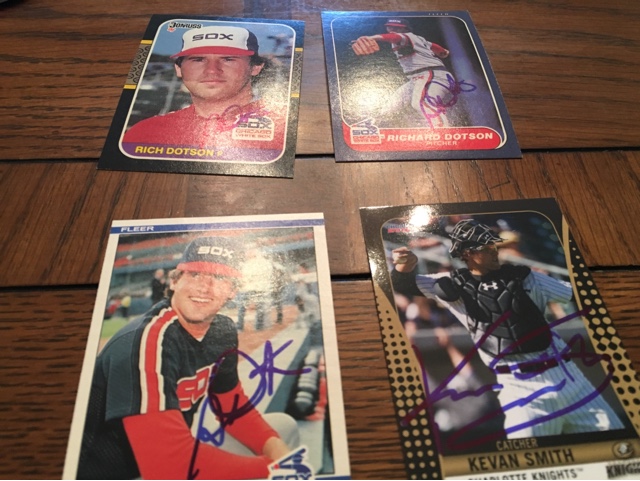 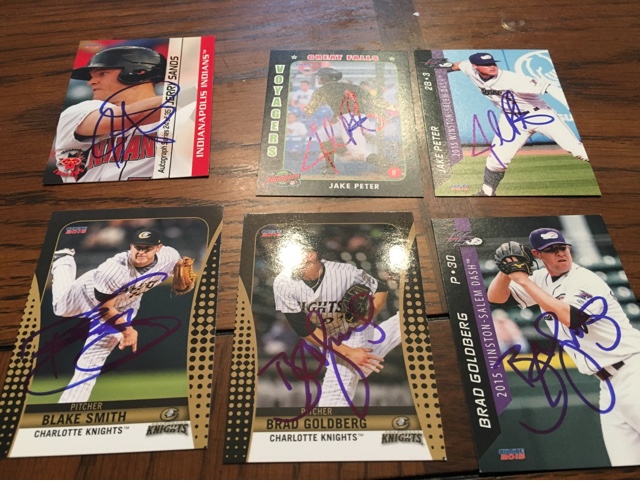 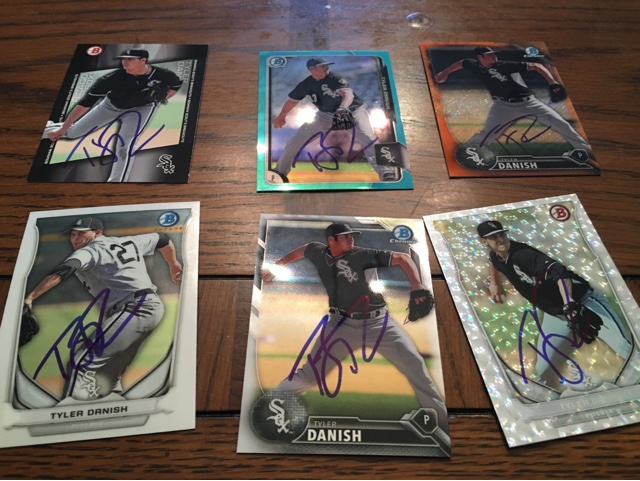 Posted by WhiteSoxFan at 3:14 PM