I've been trying to save money through some of the cashback apps like ShopKick, Dosh, Rakutan and GetUpside.  I was able to get a little over $100 after a while so I did some purchasing.  After SoxFest and these purchases, I'll be a little light on purchases the next couple of months.

On a FaceBook group that I am a part of, there was a guy selling balls at $20 each.  Some were certified, some were not but got a great group of some harder or obscure White Sox players. 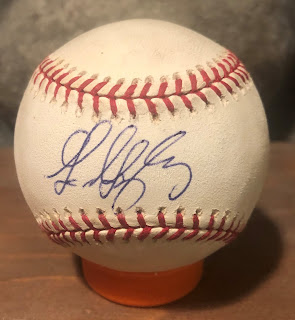 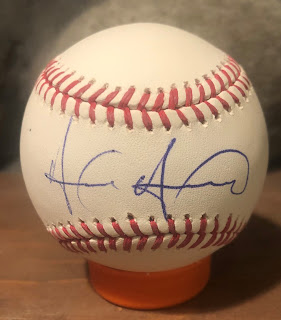 I tried to get Alen Hasnon at a Louisville Bats game this summer but he came out of the dugout too late. 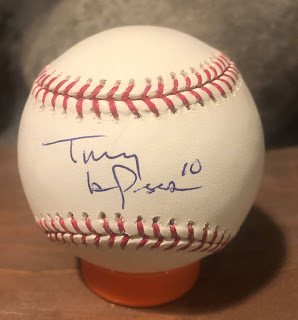 I was actually surprised how long it took me to get a Tony LaRussa signed ball.  He is great through the mail but I haven't got to him. 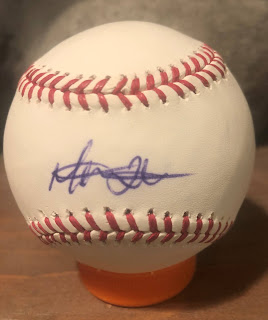 Oh Boy, Mat Latos started off so strong with the South Side but I think this is when I understood the term "Dead Cat Bounce". 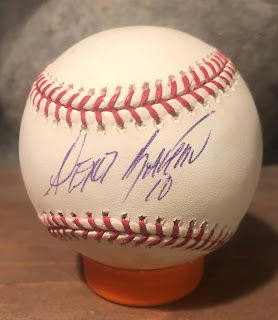 I was at Alexei's first MLB game at the home opener in Cleveland.  Great player. 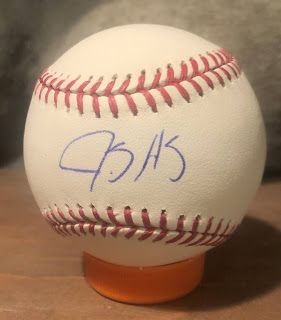 Although not a good pitcher for the White Sox, James Shields was a great person.  I enjoyed meeting him at picnic in the park a couple of years ago.

I also sent some balls in for a Fantasy Camp consignment in Florida.  I was hoping to get 6 but came back with 4.  Warren Brusstar, Scott Eyre, Chad Kreuter and Rodney McCray. 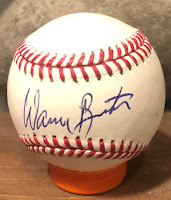 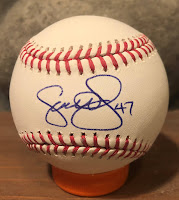 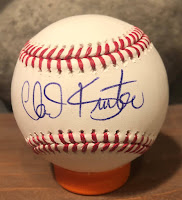 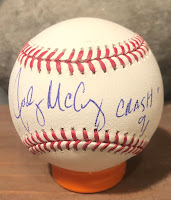 From eBay, I made a purchase for an Eloy Jimenez ball as I heard he side paneled signed balls at SoxFest so I decided the certified route would go better. 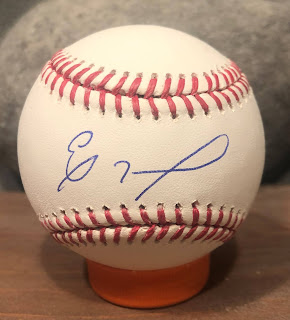 One day, I searched on eBay, White Sox deceased under balls and I found this Willy Miranda ball.  Although not a big name, he does fall under the great Cuban connection with White Sox players. 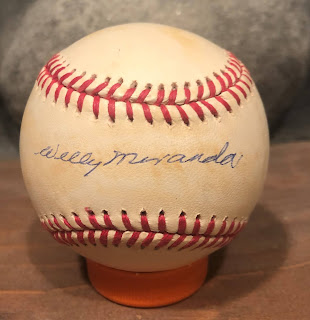 And my last purchased came while waiting in line at SoxFest, I was going through auctions on the MLB auction site and saw a Jerry Hairston ball that had no bids.  I thought for sure, I would get outbid on either this ball or some of the guaranteed wristbands but ended up winning all.  I would like to study him a little more as he played so long on the South Side but didn't play a lot of games each year. 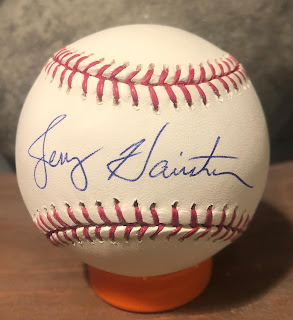 Posted by WhiteSoxFan at 5:24 PM