I really enjoy getting signed baseballs from short stint White Sox players.  I like hearing their story and what they do now.

1. George Enright (played in 2 games with 1 plate appearance in 1976).  He know does fishing charters in Florida.  Sent to home and returned in about 10 days.  I would have preferred him to sign on the sweet spot but I wonder if some players haven't signed on the sweet spot before and aren't sure about it. 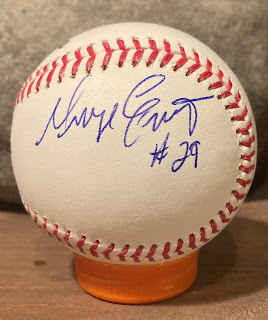 2. Dan Neumeier (played 3 games, 3 innings in 1972).  As many know the post office has been slow.  This left his local post office on December 11th and was not to be seen until it got to my regional office on January 1st. 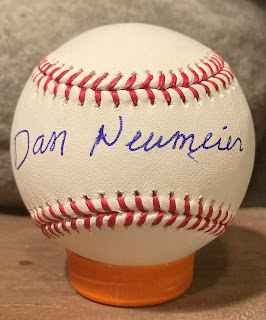 I found it interesting that both have put me at the 50 percent mark for their season completion rate.

Posted by WhiteSoxFan at 5:00 PM